Jimmy Lindsay, The Story Of Easy

1976 and I have returned home to the UK after spending five month in Ghana, West Africa and I am feeling great!

Some weeks later I meet up with Lloyd Coxone and he plays me the backing track of a song he had recorded for me, and I loved it

A few weeks later I would be going to the studio to record it and I was looking forward to that. When I arrived at the studio I was met by the engineer who informed me that Lloyd was running late and would be there shortly. He suggested that we run the track so that I could warm up my voice before we start to record. About half an hour later the bell rang and I went down to open the door thinking it would be Lloyd, but it was my friend Dennis Brown. Lloyd had told him that we would be recording at this studio in Tooting, South London so he came along to hang out with us and I was glad to see him.

We ran the track some more times and decided to start recording my vocals. By the time Lloyd arrived we had my vocals recorded and I decided to do the backing vocals and invited Dennis to join me. After two or three takes we had nailed it My version of Easy was recorded and I went home with happy vibes.
Some days later I receive a call from Lloyd telling me that Chris Blackwell from Island Records loved it and wanted to release it. I had no problem with that, this would be the second time that Lloyd and I worked together. The first time was on a song called ‘Motion’. It sold a few copies but nothing to write home about.

In 1978 I was contacted by Gem Records who was interested in what I was doing and wanted to sign me to the label we managed work out a deal and I was soon back in the studio recording the Where Is Your Love album this would include a new version of Easy some time later Lloyd released a version with Horns this would be version 3.

In 2000 I used to hang out at Eaton Blake’s Spark Side Studio in Herne Hill his younger brother Paul and Keyboard player Henry Holder both loved Easy and wanted to do their version of it and I agreed
They played all the instrument themselves and produced it, these 2 tracks was never released until now, I am making all five versions available to download FREE, this is my way of saying THANK YOU to the many thousands of fans and friends who have supported my music over the years and a special thank you to the musicians who played on the original version, Sly Dumbar, Earl Chinns Smith
Bernard “Touter” Harvey , Lloyd Parks and my dear friend Denis Brown R.I.P

Thank you all,
Jimmy 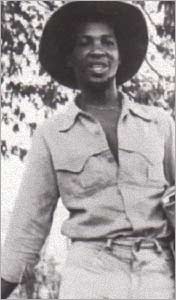 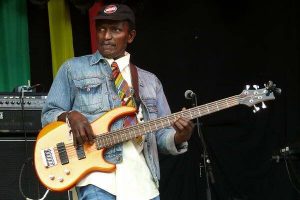 To receive you FREE download of The Story of Easy, go to our shop and click on
Add to cart you will be taken to the product click on proceed to checkout
Fill in the billing information confirm your order you will then see the billing page with your FREE download link click on it to start your download

There are no reviews yet.

Be the first to review “Jimmy Lindsay, The Story Of Easy” Cancel reply